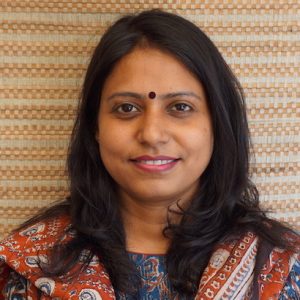 Stuti is an old-timer with SRIJAN, having been an integral part of the team since 2006. Stuti played a key role in SRIJAN’s locations at Ichhawar & Jaisinagar, Madhya Pradesh, where she was engaged in the grassroots implementation of irrigation and horticulture projects and, ensuring participation of women in the local governance system.

In her current role, Stuti manages the operations of SRIJAN’s locations at Angul, Odisha and Jatara, Madhya Pradesh. She contributes to knowledge management and the strategic directions for SRIJAN and is also a member of the fund raising committee.

Stuti holds the cause of gender equality, women empowerment and the skills and capacity building of rural women within gram panchayats very close to her heart.